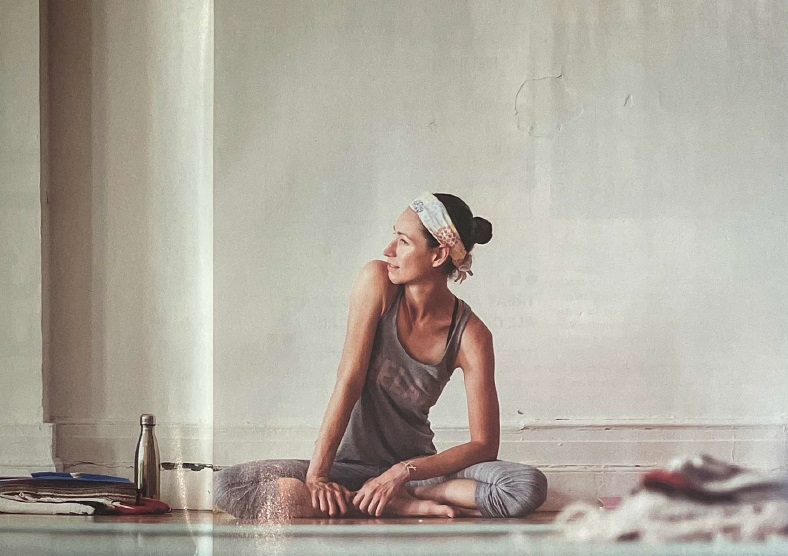 Back in 2015, yoga maven and wellness expert Tara Stiles found herself living a painful paradox. She was traveling the world teaching her signature style of yoga for stress relief and healing , yet her own mind-body wellbeing was faltering.

Stiles’ straightforward and accessible approach to yoga—which leaves out elements that can alienate some newcomers, including Sanskrit names for poses and explicit spiritual teachings—had caught on, big time. She and her husband, Mike Taylor, had opened their first commercial studio space, called Strala Yoga, in New York City in 2010, attracting a wide following in person and on social media (including wellness luminaries like Deepak Chopra and Jane Fonda).

Stiles was delighted by the doors that opened for her to expand Strala into a global collection of studios. But a nonstop 2013/14 travel and event schedule, combined with demanding social media obligations, left her frazzled, depleted, and depressed. “My inside system was running a mile a minute,” she says.

The journey that the former dancer and model took to recharge herself after hitting a breaking point in 2015 laid the groundwork for her latest book, Clean Mind, Clean Body: A 28-Day Plan for Physical, Mental, and Spiritual Self-Care. The four-stage detox program is predicated on East Asian approaches to wellbeing, particularly Ayurveda. This ancient Indian system of natural medicine emphasizes the interconnectedness of the mind, body, and spirit in overall health.

Ayurveda is one of the tools that helped Stiles regain her equilibrium as she followed its central principles of “simplifying and slowing down,” she says, in the way we eat, live, and move. “Once I could relate it back to my own life, then everything started to make sense.”