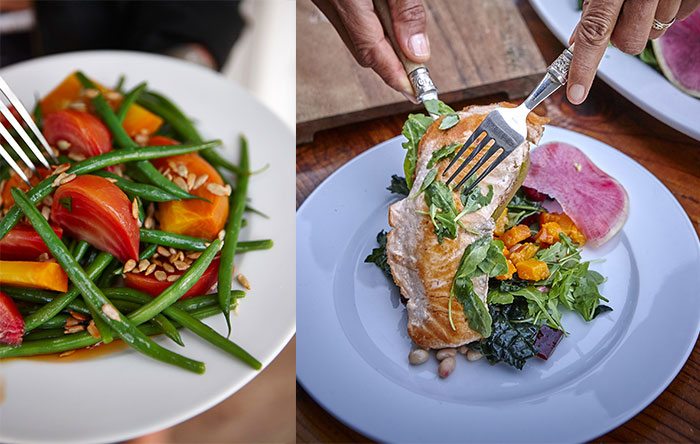 Make your Malibu Farm favorites at home with this luscious new cookbook.

Hold onto your surfboard: Malibu is emerging as L.A.’s modern agricultural oasis. Vineyards are covering more and more of the rolling seaside foothills, fruit orchards are cropping up in expansive backyards and beekeeping suits are becoming as common as wetsuits.

Helene Henderson’s new Malibu Farm Cookbook—a collection of recipes served at her Malibu Farm café at the tip of the Malibu Pier—reads like a love letter to the burgeoning pastoral gifts of the ‘Bu, where she’s been a farm-to-table pioneer.

After moving there in 2008, Henderson began cooking farm dinners and teaching cooking classes on her two-acre property, where she raises chickens and goats and grows fruits and vegetables. The venture grew into a pop-up restaurant and the permanent café in 2013…