His Journey to USC Started with a Tough Choice 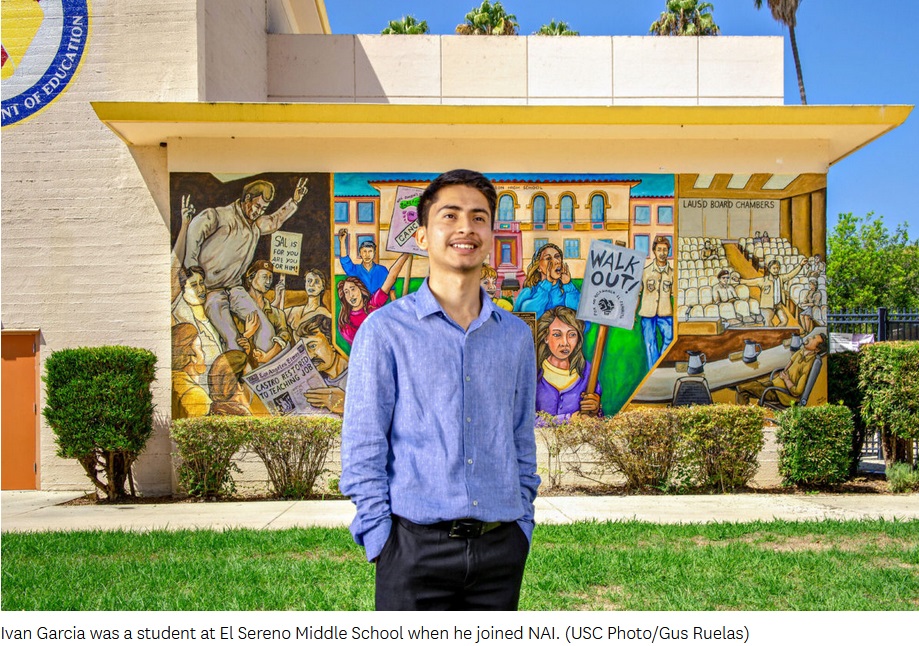 Ivan Garcia is among the first graduates of USC’s expanded college-prep program, and now he’s a first-year Trojan. But he almost missed his chance.

Ivan Garcia held court whenever his family visited Chinese Friends, their favorite restaurant in Los Angeles’ Chinatown. Garcia’s mother, Laura, remembers how the little boy brought smiles to everyone’s faces in the restaurant when he spoke and sang songs in Mandarin with the staff.

“He spoke it without an accent,” she says, thanks to a Mandarin-language immersion program that he had attended since kindergarten.

Though the 18-year-old Garcia no longer remembers these encounters, his knack for language and communicating across cultures has stayed with him. He studied Mandarin until he was a high school sophomore and also took American Sign Language as a freshman. As he begins his first semester at USC, furthering his study of languages is in the college game plan, as are classes in anthropology, history and philosophy. On the horizon, perhaps, lies a career in immigration law.

Yet the talented young scholar might never have made it to USC — or any college at all — if he had not made a pivotal decision some seven years ago.

He took a chance he nearly passed up, and it changed his life…