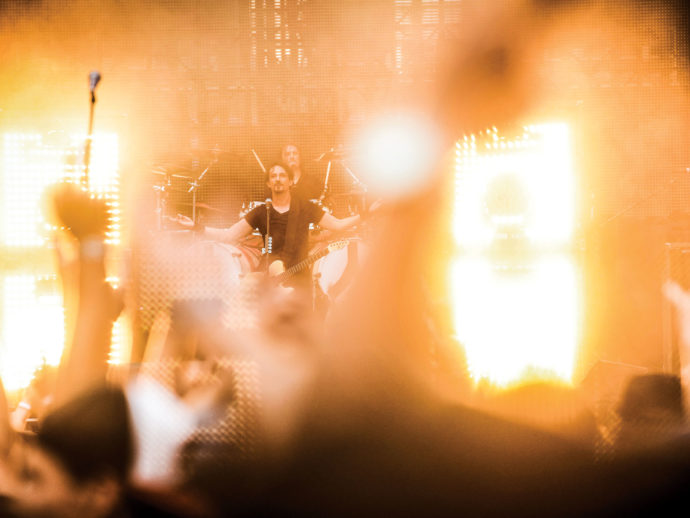 When musician Joe Duplantier—the guitarist and lead singer of the metal band Gojira—became a vegan about four years ago, something unexpected happened. The French-born New Yorker, who’s known for his aggressive vocals and heavy guitar licks, discovered that he could rock even harder. After cutting out animal foods, “I’m full of energy,” he says. “When I get on stage, I’m never bloated or slowed down by whatever I ate during the day.”

That energy boost is definitely a boon in Duplantier’s headbanging line of work, which recently involved touring with Gojira as the opening band for Metallica, the metal legends who first inspired Duplantier to pick up a guitar.

The personal benefits of veganism aren’t the main reason Duplantier—whose last name just happens to sound a bit botanical—chose a plant-based diet. Ever since his childhood in Bayonne, a coastal town in southwestern France, Duplantier has been concerned about his impact on the environment…